We will care about the community in which we operate and renderthe help to elevate the prosperity there now and in the future.

We prepared to build the Great Platform that extends our existing platform service to non-financial businesses such as trading houses, electric power companies, department stores and major retailers, in addition to regional banks.

We contribute to local communities through the Great Platform, a unique business model for launching joint venture securities companies with regional banks and sharing resources with our peers. Alongside this, we have always supported education, culture, and sports in the local community as part of our corporate social responsibility.

To support athletes who aspire to compete on the world stage, we use Athnavi, the Japanese Olympic Committee's job placement system, to hire athletes.
Also, with the aim of creating a community full of a culture of sports in the Chubu region of Japan, we have established the “Tokai-Tokyo Athlete Development Scholarship” at the Chukyo University to support the development of athletes.

Development of Global Human Resources in the Chubu region

With the aim of developing global human resources who can lead the internationalization of the Chubu region of Japan, we have been supporting Nagoya University’s academic and educational exchanges in the United Kingdom through the “Tokai Tokyo Financial Holdings Global Project” since 2015. Through this project, we hold “Lectures on International Affairs,” which explain trends in international affairs in an easy-to-understand manner for citizens and students, and dispatch undergraduates and graduate students to the University of Cambridge and the University of Edinburgh in the United Kingdom.

Organizing the events for businesses and universities to learn through the approach, “Open Innovation”

In the Chubu region, Japan’s manufacturing hub, there is a growing need for practicing the concept of “Open Innovation”, which facilitates introducing the technologies and ideas crossing over the boundary that separates one industry from another or business and academia. Out of this recognition, we, the Group, set up the framework, “Chubu Open Innovation College” for entrepreneurs to get together to meet the said need. We held its first Open Innovation Seminar in June 2017, and since then, we have continued organizing events in varying forms like a meet-and-greet, working session, presentation forum, and others. We consider those events offering the participants with valuable opportunities for getting to know each other and exchanging thoughts between businesses, universities and students.

We have sent donations or collected donations over the years to the people affected by various large-scale disasters. Listed below are some of such examples of our activity in the past.

As described below, we donated medical and sanitary supplies stored for emergencies by the Group to some regional medical institutions under the spread of covid-19 infections.

We have been participating in foodbank activity since 2016. Before such reserves pass the best-before dates, we regularly donate emergency food reserves to the Second Harvest Japan, an organization operating a foodbank function. The donated foods are delivered to the people in need and welfare institutions.

In Tokai Tokyo Financial Group’s Ethical Code of Conduct, we stipulate that we must respect human rights. The Convention on the Rights of the Child lays down actual clauses necessary for realizing and securing the comprehensive right of the child addressing their survival development, protection, and participation. The United Nations adopted the said Convention in its assembly in 1989 and put that into effect in 1990. Japan ratified the Convention in 1994.
Japan Securities Dealers Association proposed the whole association engage in the campaign, “Used Books Donation for Children’s Future,” as a practical support measure to be taken by the Association toward the solution of children’s poverty.

We, the Group, too, are positively grappling with the Campaign to observe the Convention.

What is Campaign, “Used Books Donation for Children’s Future”?

We gather used books donated by the Group officers, employees, and nearby residents. We set the collection boxes at various offices of the Group for donors to drop their books. A specific used book dealer purchases those books, and the sales proceeds will be donated entirely to the Fund for Supporting the Future of Children. *

*The fund was established to assist voluntary groups that closely care for children, for instance, by operating Children’s Cafeteria and helping their learning efforts.

We became an Official Partner of Nagoya Grampus, the Professional Football Team in Nagoya.

We, Tokai Tokyo Financial Group, have been supporting Nagoya Grampus as a club partner since our fiscal year of 2011. Further, in 2015, commemorating the 15th anniversary of the Group, we became an official partner of the team to deepen the bond with the regional community as well as fully endorse their action policy. The team proclaims that they build intense bondage with the fans in the region by sharing dreams and passions with them. 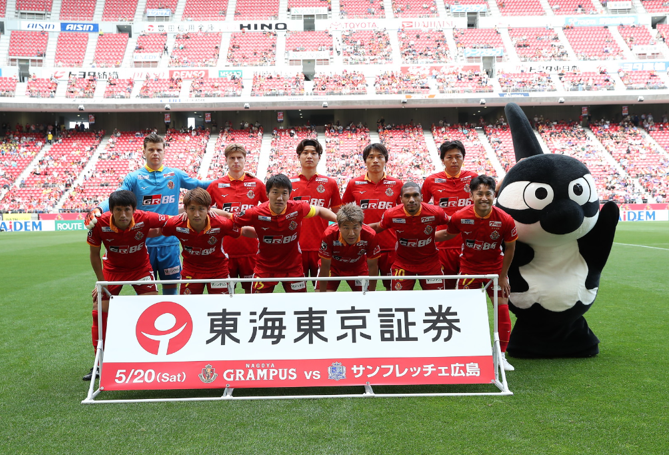 Special sponsor of Oza-Sen, one of the big eight Shogi tournaments

We have been a special sponsor of “Oza-Sen” since its 69th event, one of the big eight Shogi championship tournaments in the professional Shogi League. In the tournament , the champion from the previous year, and the current year’s winner as the challenger, play five sets of games to decide the champion of the year. The tournament started in 1952, and it lasts from September through October every year. The game is broadly known as it set the stage for Mr. Yoshiharu Habu, the authorized Kudan player, to win titles 24 times there. 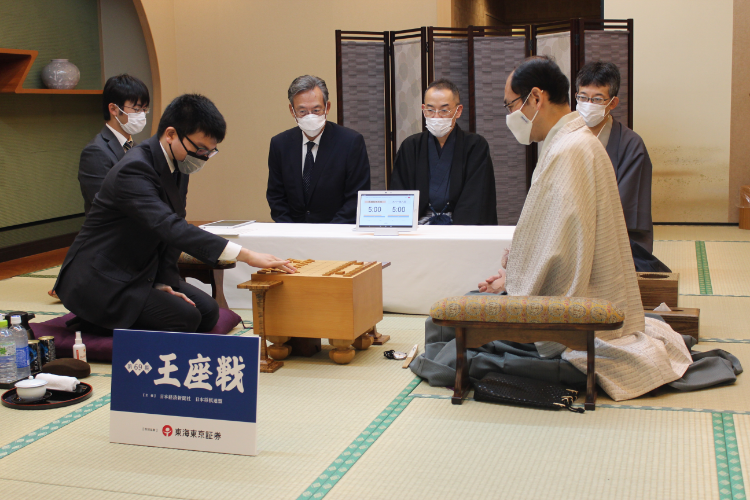 With a regional focus on Chubu, our home base of operation, we continue offering various cultural and art promotion support. For instance, we have been organizing the year-end concert, “Golden Life Stage” since 2008. In this concert, choral groups and orchestras within Aichi Prefecture, with several hundred participants, singers, and musicians, appear on the stage and show the result of their practices over a whole year. The event now is a unique year-end attraction in the region, drawing a large audience every year. 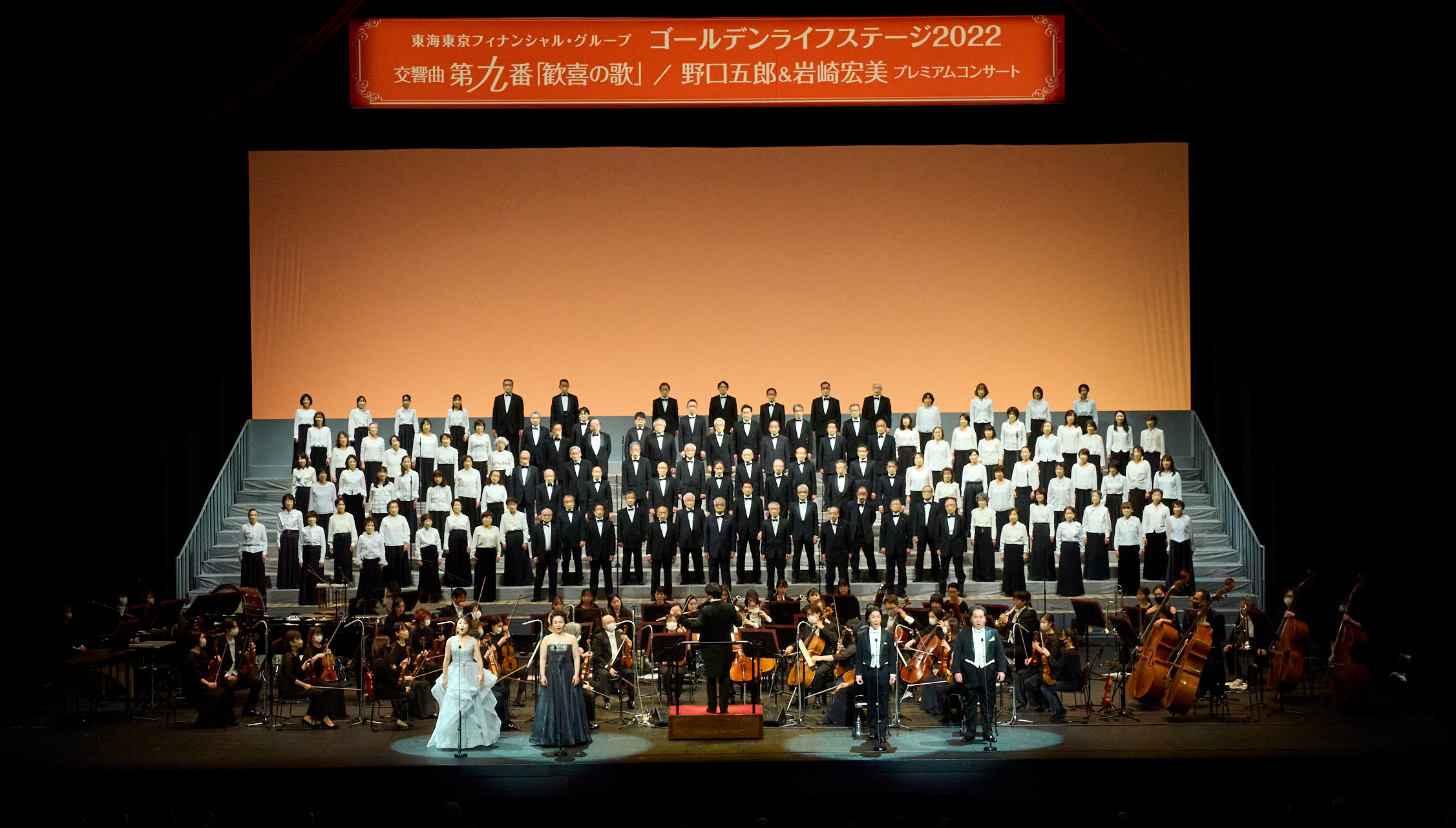